Learn more about the story of BA Farms.

Businessmen often make investments based on carefully calculated decisions. However, the story of BA Farms began two decades ago as a love story. Caesar Wongchuking simply fell in love with the pristine and natural beauty of greens, a mountain spring and the view of the Indang mountains.

“I knew right then and there I had to buy it,” Caesar recalls. He bought the multi-hectare Mahogany plantation at Barangay Daine, Indang – a quiet inland municipality located at the heart of Cavite.

Despite living much of his life in the city, learning the ropes of their family business, Caesar was never out of touch with nature. In fact, the Wongchuking family frequently took out-of-town trips especially during their youth.

“Papa (Mr. Wong Chu King) and Mama (Mrs. Nelia Wongchuking) believed that traveling was a good form of education for me and my siblings and to strengthen our bonds as a family,” Caesar shares.

No stranger to the terrain

Caesar is Caviteño by blood. The Wongchuking matriarch, Nelia, was born and raised at the coastal town of Naic, a mere 22-minute drive from Indang.

“Whenever we made trips to mama’s hometown, we always pass through Indang that’s why I became familiar with the place,” Mr. Wongchuking said.

Today, BA Farms operates as a fully-integrated farm with a Mahogany plantation as its backbone.

Caesar says that a sustainable farming operation is what BA Farms is all about. “We have a wide variety of vegetables, fruits, crops as well as livestock,” he noted.

BA Farms’ biggest secret is the people that work together to make it successful. Caesar Wongchuking considers the ability to provide livelihood to the residents of the barangay as one of the farm’s greatest achievements.

He says that their products are good because of their hardworking people.

“We are one big family that enable and support each other and I am very grateful for the people who have given us their unwavering support on our journey to become successful,” Caesar shares. 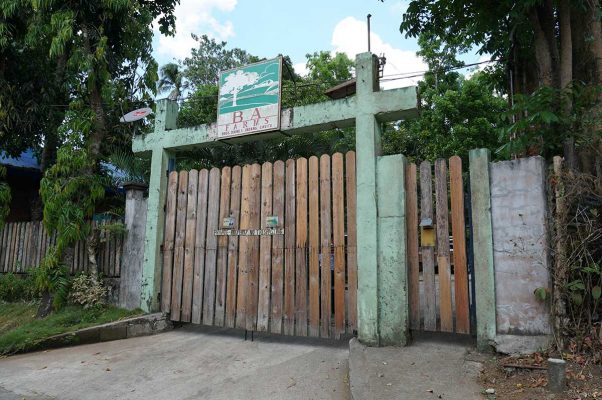 “Agriculture is the most healthful, most useful, and most noble employment of man”

BA Farms is short for “Baby Angelo Farms.” The farm was named after Caesar Wongchuking’s first born son, Angelo, who was born around the time the farmland was purchased.

The BA Farms logo features a Mahogany tree and a stylized view of the Indang mountains that pays tribute to the farm’s natural terrain that its owner, Caesar Wongchuking, fell in love with..